How To Play Wingspan Solo. Read Before Playing On Your Own

Wingspan solo uses a virtual opponent called the Automa. The automa is common for Stonemaier Games. You will be glad to know that the Wingspan Automa is one of the easiest to learn and play with.

The game has separate rules for multiplayer and solitaire play which can sometimes be a bit confusing to try and put together. So here we go through how to play wingspan solo. Including the gameplay from setup to end game.

It will be important to understand the general rules of multiplayer Wingspan as I won’t be going into the mechanics in great detail. I will assume that you will understand how to play normally and just discuss the flow of Wingspan solitaire and scoring.

Let’s start with what the Automa is exactly.

What is Automa on Wingspan?

The Automa is like a virtual opponent in Wingspan and allows you to play the board game solo. Whilst you play by the usual multiplayer rules the Automa is a bit of a rebel and goes by its own.

The Automa is made up of a set of additional components that comes with Wingspan. It will enable you to play the game and enjoy playing on your own. The Automa rules are:

The name Automa comes from the italian word for automaton and was chosen as the first game it was used in was set in Italy.

The Automa components are made up of:

The Automubon card belongs with the other Automa cards and is used to increase the difficulty to expert level. If you want to play a normal challenge game then remove it and place it back in the box.

If you rise to the epic challenge of the Automubon then add it to the deck.

Setting the game up is exactly the same as multiplayer except you only set up one solo player and the Automa. So let’s have a quick look at setting up the general components for a solo game.

First take the bird cards and give them a good shuffle. If you are using card sleeves then the mash shuffle is a good option. I have an article about card sleeving which discusses this method.

Place the deck next to the bird tray and deal three bird cards face up onto the tray.

Put all the food and egg tokens where you can get to them. There are a lot so using some trays to keep them organised is a good idea.

Check out at Amazon

Check out at Amazon

Place the dice into the birdfeeder dice tower.

You can use either the blue side or green side of the goal board but Stonemaier recommends you use the green side. I would recommend starting your first game with the green side and then trying with the blue. See how it differs and decide whether you want to play blue.

Shuffle the goal tiles without looking at them. They are double sided so this is more difficult than it sounds. Now place 1 goal tile on each of the left hand spaces on the goal board. You can place the tiles either side up randomly. Put the rest back in the box.

Shuffle the bonus cards and place them in a draw pile on the table.

The only difference here is that you don’t give yourself bonus cards yet. Give yourself the following:

You can keep all the bird cards or discard some of them onto a discard pile. For each card you keep you need to pay 1 food token. It is a good idea to keep the food types of the birds you are not discarding. 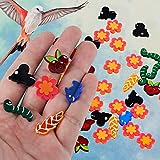 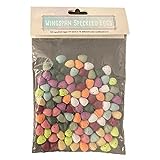 Give the Automa 8 action cubes of any color. Now choose the difficulty as follows:

This changes the score of the Automa at the end and so increases the difficulty.

Once you have mastered how the Automa works and have won a game or two then think about going for the expert level.

Now draw a bonus card for the Automa. If you draw one of the following then place it back in the deck and draw another.

Once you have drawn a bonus card for the Automa place it face up on the table. Reshuffle the bonus card deck then deal yourself two bonus cards and discard one of them.

Now setup is complete you should have something like this in front of you.

Now the game is ready to begin, let’s have a quick look at how the game will flow. There are 4 rounds to be played and each round is shorter as you have less action cubes to put out. The flow looks something likes this:

You go first so take your first move out of the usual 4 actions:

Each action is shown on your mat. The Play a bird is shown at the top of each column. Each row represents the Gain Food, Lay Eggs, and Draw Bird Cards actions. Each action on one row.

To play a bird

Place an action cube on the Play bird spot at the top of the column where you are going to place your bird. Pay the food and egg cost then place the bird on the mat. This will trigger the “When played” power if the bird has one.

Here are the three steps to take when wanting to take any of the Gain Food, Lay Eggs, or Draw Bird Cards actions.

Now it is the Automa’s turn.

Each icon in this row should be resolved according to the table below:

Once each icon on the Automa cards row has been resolved it is your turn again.

This continues until you have placed your last action cube and taken your turn. The Automa has one last turn and the round ends.

At the end of each round you need to go through the following steps:

Again this is just like the multiplayer in that you play 4 complete rounds ending with the Automa’s turn at the end of Round 4. You then calculate the end of game scores and whoever has the highest score wins the game.

If it is a tie break then the normal rules apply and whoever has the most food left over wins. As the Automa doesn’t collect food then it automatically gains 2 food for this purpose. So, if there is a tie you’d better have three foods to hand.

If you beat the Automa then congratulations, next try the same difficulty with the Automubon Society card and see how you fare.

The objective is for you to score more points than the Automa. You score after each round and then an end of game score. So let’s look at the End of Round scoring first.

Wingspan end of round scoring

This is scored in the normal way. You calculate how many points you have scored according to the goals. Now calculate the Automa’s score by checking the Automa End-of-Round Goal scoring card. This will give you a base score.

Now add each action cube that you have placed on the Goal Board which indicates a point. Whoever scored the highest has one action cube of their color on the 1st place of the Round 1 row of the Goal Board. The other one’s action cube goes on the second place square.

If you tie then place both action cubes in between 1st and 2nd.

Now complete the rest of the End of round actions and play the next round unless you have just completed Round 4. In which case go to end-of-game scoring.

You add up your score as normal. The Automa is scored slightly differently as it does not take points for the bonus card or get points for food tokens. The table below shows the scoring for each.

If it is a draw then use the usual method for tiebreaks and the person with the most food left wins. In this scenario the Automa has two food tokens left over so you would need three to win.

Yes, the Automa is really good and works very well with Wingspan to provide a very enjoyable solo player experience.

Wingspan is a beautifully made game and so much fun as a multiplayer board game. Luckily the Automa is one of the easiest to learn and after a few rounds you’ll get into the flow of the game. If you haven’t tried it solo yet then what are you waiting for?

If you have played Wingspan a lot and really enjoy the game then checkout Best Wingspan Expansion. The expansions really liven up and refresh the game with new birds and great new goals and bonuses. The article also lets you knwo which expansion is the best to buy.